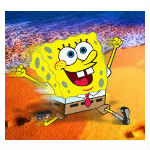 Viacom channels include MTV, Nickelodeon, and Comedy Central among many others. Viacom demanded a large rate increase for programming rights and a deal was eventually cut between them and NCTC. Apparently a fair number of rural cable operators said enough is enough with regards to the rate increases, and have decided to not renew their programming agreements.

Viacom Programming Dispute
According to the WSJ report, the moves have resulted in about 900K subscribers no longer having access to Viacom programming. During the initial impasse, I’m aware of several rural cable companies who polled their subscribers to see if the Viacom channels were important enough to keep, given the much higher programming fees associated with them.

Both sides seem to agree that pulling the content is a non-issue. Viacom says the disconnected subscribers represent less than 1% of their audience and are somewhat immaterial. The cable companies who have moved on without Viacom report little customer backlash. “My customers have proven to me that they are OK without it,” Chris Lovell, general manager of Coaxial Cable of Pennsylvania told the WSJ. Coaxial reports losing less than 1% of their customers due to the loss of Viacom programming.

Online Access
In what many view as a troubling and growing side-effect of this dispute is access to online Viacom programming, or lack therof. Viacom blocked online access to at least some (if not all) of their programming for all subscribers who get Internet access from the cable companies who have not renewed the programming agreements. That raises some interesting issues, including network neutrality or open Internet concerns.

“Viacom’s move is momentous in light of the policy and industry debates occurring right now regarding the fundamental tenets of Internet openness, which include allowing consumers to access the lawful content of their choice,” said American Cable Association CEO Matt Polka in a statement.  “In selectively blocking these users’ access, Viacom is violating Internet openness in a way that should be seen as a call to action to policymakers on Capitol Hill and at the Federal Communications Commission.”

A Crack in the Programming Business Model?
Perhaps we will look back on this situation as a defining moment in the controversial programming business model. Disputes between programmers and video service providers are on the rise, and so too are cable bills. Viacom states that the small number of subscribers in question don’t represent a long term threat to their business. But what if this is just the start?

Specifically, if larger cable MSOs are emboldened by what they see from their smaller brethren and act in a similar fashion, the existing model may begin to crack. Tier 1 cable provider Cablevision has already sued Viacom once, citing their programming carriage requirements and practices as illegal under anti-trust statutes. “I think there are going to be a significant number of larger cable operators that may follow suit” Jeff Janssen, vice president of sales and marketing at ImOn Communications, a Cedar Rapids, Iowa, cable company told the WSJ.