RCN is looking to wideband to keep up with its competitors, which include Comcast, Time Warner, and Verizon. RCN is a scrappy overbuilder, and is often the third triple play option in many Northeast markets including Boston, Philadelphia, and New York. Its competitors have announced the move to DOCSIS 3.0, or in Verizon’s case, utilize FTTH. Speaking from a bandwidth perspective, RCN CEO Peter Aquino is quoted in a Light Reading article as saying, “We’ll go as high as anyone else.” RCN’s move to wideband is being facilitated by reclamation of analog spectrum, as they shift to an all digital cable platform. That reclamation will take some time and RCN says that DOCSIS 3.0 and the 50 Mbps speeds it will bring won’t happen until late 2009. Given that Comcast, Time Warner, and Verizon are moving considerably faster to that bogey, will RCN’s plan be too little, too late? Or is the broadband escalation strategy being pursued by all of these players overkill? 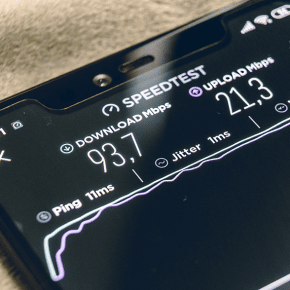 Cox Gigablast Advertising Claims Challenged – Some Upheld, Some Not