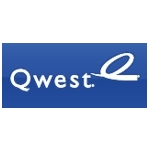 It’s been well documented that the largest of the nation’s telecom carriers sat out round one of the broadband stimulus program, citing onerous rules and regulations. Apparently, round two of the program is quite a different story, at least for Qwest. They’ve applied for $350 million in broadband stimulus funding.

Qwest is applying for a grant from the RUS’s BIP program, and intends to add $117 million in private investment, pushing the project’s total to $467 million.  Qwest says the grant will fund rural broadband infrastructure “to serve more than half a million homes, schools, businesses and hospitals that lack access to today’s high-speed Internet capabilities. It plans to introduce the service at download speeds of 12 to 40 Mbps.”

Of all the former ‘baby bells,’ Qwest is probably most suited for the mission of the broadband stimulus program, given the vast rural territory within their 14 state footprint. Qwest didn’t specify where this funding would be applied. It makes for an interesting debate at RUS. I may be wrong, but I don’t think Qwest fits the profile of a typical RUS borrower. Should Qwest’s grant proposal be approved?