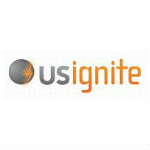 “Catalyzing” new applications relying on high-speed broadband is the focus of US Ignite, a new public/ private partnership launched at an event at the White House today.

The non-profit organization’s goal is to identify “60 transformative applications in 200 communities in the next three to five years,” said Sue Spradley, a former Nokia Siemens Networks executive who is executive director of US Ignite, at today’s event.

Private sector organizations participating in US Ignite include some big name networking and Internet companies and network operators including Juniper, NEC, Cisco Systems, AT&T, Verizon, Comcast and Mozilla. The Internet2 research and education network also is participating. According to one news report, US Ignite currently has more than 100 members.

Network operators will make their networks available for use as testbeds of the new applications that will leverage ultra-high-speed bandwidth and software defined networking, Spradley said. She noted, for example, that Verizon will make a network available in Philadelphia that will support speeds up to 300 Mbps.

US Ignite’s role will be to serve as a “forum for best practice sharing” with the goal of “faster adoption of successful applications nationwide,” said Spradley.

Referring to the ultra-high-speed networks that will underlie US Ignite, FCC Chairman Julius Genachowski – also on hand for the launch event – said “The mindset of abundance will drive innovation of a sort we can’t even imagine.”

AT&T Senior Executive Vice President of Technology and Network Operation John Donovan expressed the same idea a bit differently. “We put a man on the moon before we put wheels on a suitcase. Sometimes extraordinary things occur when you think big early.”

Event organizers showed several interesting videos to give people an idea of the kinds of applications that ultra-high-speed broadband can enable – including one demonstrating how a doctor might use the technology to rehearse for a specific surgical operation on a specific patient prior to actually conducting the surgery. Also aired was a video from Chattanooga, which got a head start on high-speed networking with a cutting edge gigabit network deployment made by EPB, the local utility. As a result of that deployment, several major employers — including Amazon and cloud provider Claris — made the decision to establish new facilities in Chattanooga.

Today’s event may have been timed to coincide with President Obama’s signing of what has come to be called “dig once” legislation, which focuses on the deployment broadband facilities across government lands. The legislation aims to simplify that process by, for example, creating a single point of contact for people wishing to deploy broadband on any federal land, rather than having to work with multiple agencies as in the past.