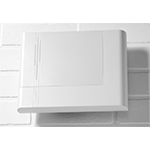 FCC Commissioner Brendan Carr previewed the rules in an address at the Indiana Statehouse today, where he praised the small cell rules that state and 19 others already have put in place. Carr credited Indiana’s rules with helping to attract two wireless carriers to include the city of Indianapolis in their initial 5G deployments. Small cells are expected to be a critical element of 5G.

Although Carr did not mention the carriers by name, both AT&T and Verizon have announced Indianapolis 5G deployments.

“At the federal level, we have learned from the forward-looking legislation that local leaders have enacted in 20 states and counting,” said Carr in his address. “We have been encouraged by their leadership, resulting investment, and new mobile broadband in their communities. My plan builds on those grassroots, commonsense reforms and extends regulatory relief throughout the country so that no community will be left behind.”

Not everyone has supported FCC efforts to set rules for small cell deployments, however.

“[W]e feel that some commissioners have wrongly cast local governments as a main barrier to next-generation wireless deployments, using us as a scapegoat for larger issues,” the letter stated.