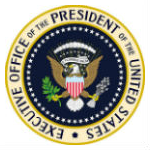 A presidential advisory council report released Friday recommends the creation of a wireless network in a test city to support “rapid experimentation in spectrum management technology and practice.” A key focus of the envisioned experimentation would be to explore the possibility of sharing spectrum currently in government hands with commercial users – an idea we have been hearing quite frequently from government officials over the last few months.

“Clearing and reallocation of federal spectrum is not a sustainable basis for spectrum policy due to the high cost, lengthy time to implement and disruption to the federal mission,” wrote the President’s Council of Advisors on Science and Technology in the report released Friday.

In the report, titled “Realizing the Full Potential of Government-Held Spectrum to Spur Economic Growth,” PCAST estimates the cost of constructing and operating the test city network at $60 million for the first three years and recommends obtaining the funds from the Wireless Innovation Fund at the National Institute of Standards and Technology, which initially received an initial infusion of $100 million as part of this year’s payroll tax agreement. Over time, however, PCAST suggests that the costs for running the test city should be transferred to a public private partnership.

To encourage the various government agencies that currently control spectrum to share it, the council recommends the implementation of what it calls “synthetic currency,” which would be allocated to individual agencies and which the agencies could use to “buy” their spectrum usage rights. The Office of Management and Budget would administer this system, which would establish valuations based on comparable private sector uses.

Other recommendations of the PCAST report include:

Government officials seeking to implement spectrum sharing will have to work hard to persuade wireless operators that the concept is an attractive alternative to cleared spectrum, however. Wireless association CTIA wasted no time in issuing a statement that praised PCAST for highlighting the need for more commercial spectrum, but also emphasized the advantages of spectrum clearing.