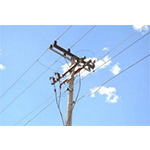 A federal judge has upheld a Louisville “One Touch Make Ready” law that allows a communications service provider to hire a contractor to move another service provider’s equipment when installing new equipment on a utility pole. The pole attachment ruling came in response to a challenge from AT&T, which provides service in Louisville and had argued that the city of Louisville did not have the authority to adopt certain provisions of the law.

An AT&T spokesman told local news outlet WDRB that the company was reviewing the decision and had not yet determined whether to appeal the ruling.

Pole Attachment Ruling Implications
Louisville’s One Touch Make Ready decision was made at the behest of Google Fiber, which has been focused for several years on minimizing red tape involved with broadband deployment. Beginning with its first deployment of a fiber-to-the-premises (FTTP) network supporting gigabit speeds in Kansas City several years ago, Google Fiber has challenged local authorities to rethink local ordinances and procedures that can increase deployment costs and delay deployments. In 2014, Google created a checklist of deployment-friendly policies that the company asked municipalities to meet in order for the company to consider a gigabit deployment there.

One Touch Make Ready is one of the policies Google has advocated. The policy also has been endorsed by organizations focused on spurring broadband deployment such as Next Century Cities. The goal is to minimize the complexity of installing new equipment on a pole by allowing the network operator to hire an independent contractor to install the new equipment and in the process, to move other operators’ equipment if necessary to accommodate the new equipment. Contractors are expected to comply with industry guidelines.

According to the Fiber Broadband Association, Louisville’s law calls for the pole owner to approve contractors, while Ars Technica has reported that AT&T owns some of the poles in the city.

Competitors such as AT&T and Comcast have argued that One Touch Make Ready contractors could damage lines and disrupt service. They argue that it would be better for companies owning the equipment to move it themselves but to give them shorter timelines to do so and to impose stricter fines for non-compliance.

AT&T also has argued that pole attachment requirements are the purview of the FCC and state public utility commissions. But the FCC has ruled that the Louisville legislation does not violate federal law. Meanwhile, Comcast has challenged a Nashville One Touch Make Ready ordinance – and the industry will be watching to see whether the results of that challenge are any different from what has now happened in Louisville.

Meanwhile, it is unclear what technology Google Fiber plans to use to support its Louisville deployment. Last year the company halted FTTP deployment plans and industry observers speculated that the company might shift toward a broadband wireless approach.

Pole attachment regulations will be important either way, and might even be more important if Google Fiber were to use broadband wireless, as the company might want to put wireless access points as well as fiber transmission equipment on local utility poles.