As the nation turns its attention to getting broadband to everyone, it’s important not to forget that broadband is essentially a means to an end. The ultimate goals are to improve health care, education, job opportunities and more — and how to use broadband to achieve those goals is the focus of the Opportunity Broadband initiative launched this month by Pew Charitable Trusts.

Opportunity Broadband is researching “what comes after we get online,” explained Kathryn de Wit, project director of The Pew Charitable Trusts’ broadband access initiative, in an interview with Telecompetitor.

Opportunity Broadband founding members include organizations that are already exploring that question. They are the Heartland Forward, the James H. and Mary B. Quello Center at Michigan State University, the Small Business Majority, the XR Association and the National Birth Equity Collaborative.

“We’re trying to bring in organizations whose primary mission isn’t broadband” but for whom “digital equity is an underpinning of what they do,” de Wit told us.

She added that “we sought out partners that were working on issues like improving access to healthcare, particularly in underserved communities.

Pew Charitable Trusts’ Broadband Access Initiative is already offering free technical assistance to 30 state broadband agencies, virtually all of which are growing dramatically as they gear up to administer the broadband and digital equity funding that will be coming to them through the Infrastructure Investment and Jobs Act (IIJA) signed into law late last year.

Successful state broadband offices are not necessarily staffed by people with telecom expertise, de Wit noted. She added that some state broadband offices are already administering funding made available to them through the American Rescue Plan Act. That act, which predated the IIJA, made funding available to individual states that could be used for a variety of purposes and some states allotted a considerable portion of the funding made available to them to broadband.

Current and future responsibilities of state broadband offices are expected to include awarding funding for broadband deployment and for digital equity programs.

In the meantime, the group is conducting monthly webinars and workshops with state broadband agencies.

In working with the agencies, Opportunity Broadband hopes to help the agencies with “how to spend money effectively” and to “alleviate time spent hunting for answers,” de Wit said. “We’re trying to help support them.” 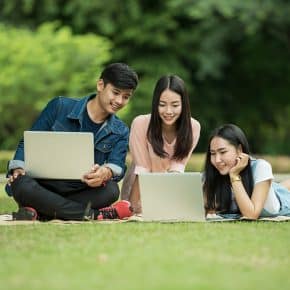