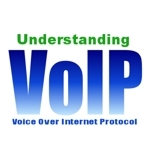 The latest figures are “marked increases from previous readings in surveys,” according to the latest study done as part of the Pew Center’s Internet & American Life Project. In February 2007, Pew project researchers found that 8% of Internet users (6% of all adults) had placed phone calls online, and 2% of them were making calls online on any given day.

“It is interesting to note that the percentage of American internet users who have placed phone calls online is now about the same as the percent who were aware in 2004 that it was possible to use the internet for phone calling,” the Pew Center team points out. Twenty-seven percent of respondents in the Pew team’s 2004 survey said they were aware of VoIP.

The wording of questions may have also factored into the larger figures. This was the first time that Pew Internet had asked the question using this wording: “Please tell me if you ever use the internet to make a phone call online, using a service such as Skype or Vonage’ / Did you happen to do this yesterday, or not?” Specifically mentioning Skype and Vonage may have made a difference in participants’ responses, according to Pew.

The latest findings also indicate there are “notable differences tied to socio-economic factors”: