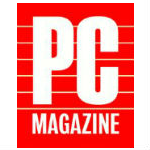 Verizon Fios’s 2016 overall score of 8.0 out of a possible 10 was down from 8.4 in 2015, PC Magazine points out. As it turned out, Verizon Fios’s ratings dropped year-over-year on each and every metric PC Magazine employs in its Business Choice Awards for ISPs.

RCN outscored Verizon Fios by 0.1 point overall — a big improvement over last year when RCN failed to garner enough votes to even qualify for a Business Choice Award. This year RCN outscored Fios in each and every criteria with the exception of reliability.

RCN’s advantage was most notable on the “value” criteria, where the company scored an 8.6 as compared to Fios at 7.5. Respondents also were more likely to recommend RCN, which came in at 8.6 on the “likelihood of recommending” category, in comparison with Fios’s 8.0.

Best ISPs for Business
Some cable ISPs have been stepping up a bit to compete with telcos for business services. Charter Communications’ business Internet services garnered 7.5 points in this year’s PC Magazine survey, up from 7.3 in 2015, to rank third overall, for example.

CenturyLink’s overall score improved from 5.7 last year to 6.1 in 2016, though that still left the mid-tier ISP at the bottom of the Business Choice Awards ranking.

PC Magazine Business Choice Awards’ average ¨likelihood to recommend¨ scores for AT&T U-verse. TWC. Comcast and CenturyLink all came in so low that the group’s average Net Promoter Score – a measurement of the good versus bad things customers are saying –  came in below zero. These results helped drag down the overall NPS for all business ISPs, which was “a sad 1 percent,” PC Magazine said.

The drop in readers’ Business Choice ratings for Fios parallels that seen in PC Magazine’s Readers’ Choice ratings of residential ISPs. Formerly the only nationwide fiber-to-the-home (FTTP) provider, Verizon has been selling off its fiber and DSL lines of late, which doesn’t bode well for its ratings going forward, PC Magazine says. Verizon recently sold its DSL and fiber networks in three states to Frontier, for example.