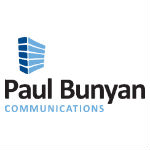 Like many small rural telcos Paul Bunyan already had deployed fiber to the home infrastructure to a large portion of its territory, which simplifies the process of deploying gigabit capability. “The vast majority of the work will be an upgrade,” Bissonette said.

Nevertheless there will be significant work involved in the deployment, he said. As part of the upgrade, Paul Bunyan technicians will be converting existing passive optical network infrastructure to active equipment.

Paul Bunyan Gigabit Service
In a press release about its plans issued yesterday, Paul Bunyan said its gigabit network will be one of the largest in the country, covering the company’s entire 5,000 square mile service area.

The company plans to call the new network “GigaZone.” Gigabit service will cost $100 a month when sold as a stand-alone product. The company also offers video and voice services, offering discounts on bundled services.

In addition to gigabit service the company will offer 250 Mbps broadband at $60 a month and 500 Mbps service at $80 a month.

Lumen to Sell Latin American Business to Stonepeak for $2.7B