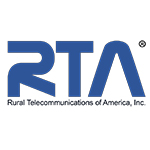 RTA did not immediately respond to an inquiry from Telecompetitor, but the company’s website emphasizes fixed wireless broadband and can be reached using URLs www.rta4all.com or, intriguingly, webuywisps.com.

IoT America previously announced a similar deal with U.S. Cellular that will use the U.S. Cellular LTE and CDMA networks to transmit information from sensors to IoT America, which analyzes the data.

“As a business person, you face two choices to meet the growing demands of an increasingly sophisticated customer base. Scale or Sell. But what if your choice wasn’t one or the other? What if you could choose both?”

The wording suggests RTA isn’t simply a WISP consolidator, but instead gives WISPs the opportunity to raise funding for network investment, while transferring some control of their company to RTA. It’s an approach that is quite common in some other industries such as the home security market, and although I haven’t run across it in telecom before, it could make some sense in the WISP industry, which like the home security market, traditionally has had a large number of small players.

Rise Broadband also is acting as a WISP consolidator but has been purchasing companies outright.