Home » Parks: TV Antenna Usage Up and Expected to Climb 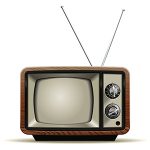 One-quarter of U.S. broadband households use an antenna to watch local broadcast TV channels in 2019, up sharply from the 15% figure for 2018, according to new research about TV antenna usage from Parks Associates.

Those with antennae to watch over-the air TV channels watch more video overall than average broadband households, according to the research firm.

The study also showed that about one-half of antenna users do not subscribe to any pay-TV services, either traditional or vMVPD services. Telecompetitor reported earlier about how the high cost of pay-TV is driving TV antenna adoption.

“Local news matters to most households—local broadcast channels are the most preferred channel types, and news is the most preferred broadcast content,” said Steve Nason, Director of Research, Parks Associates, in a prepared statement. “These content preferences shape the access habits of consumers, so antenna usage is increasing as households look to meet these needs, and we will see these trends increase as more shelter-in-place orders take effect and households look for inexpensive content options to offset lost wages.”

“Penetration of broadcast TV and antennas increased markedly in 2019,” Nason said. “Thirty percent of US broadband households report owning a TV antenna, and we expect upward trends both in ownership and usage to continue, especially as we face this public health crisis keeping people at home.”