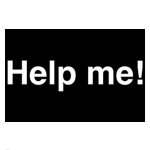 Tech support services may be the next ‘boom market’ in the small- to medium-sized business (SMB) space, according to new research from Parks Associates, “provided manufacturers, retailers, and [service] providers offer fast and proactive solutions for multidevice environments that include PCs, servers, tablets, and smartphones.”

SMBs are 3x more likely to use professional computer-related technical support services, and they are “significantly more likely to purchase additional support features when acquiring new equipment,” Parks’ researchers report in “SMB Demand for Technical Support Services,” research based on a survey of 500 U.S. IT decision makers. Several major equipment vendors have already moved into the tech support space, they note, including Apple, which recently announced JointVenture, a support network for small businesses that provides both remote and on-site support for iPads and Macs.

“SMBs often have heterogeneous technology environments, so they need support for a diverse array of technology platforms, from servers to workstations and even mobile handsets,” Scherf added. “Speed is the top factor in choosing a professional technical support service, so remote components are important, but IT managers also like the availability of on-site options when choosing a provider. SMBs are always watching the clock, and tech-support companies that can give back those wasted hours could capture significant market share.”