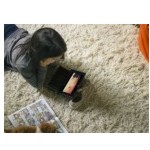 Many of the estimated 265 million households will subscribe to multiple OTT services in order to have “complete” packages meeting their needs.

Parks Associates credits the popularity of Netflix, Amazon, and Hulu as well as of other OTT services for driving an increase in streaming media players and smart TVs.

“Fifty-three percent of U.S. broadband households own a smart TV, and both smart TVs and streaming media players are continually improving the user experience to accommodate the shifting habits of consumers, including integration with voice-based digital assistant ecosystems,” said Kristen Hanich, Research Analyst, Parks Associates, in a prepared statement. “The rise of these digital assistants is another key trend over the last few years, with Apple Siri, Amazon Alexa, Google Assistant, Microsoft Cortana, and Samsung Bixby, among others, now on the market. Both smart home and connected entertainment developers are working to integrate this functionality into their products.”

OTT Video Subscription Forecast
Among the report’s other findings: