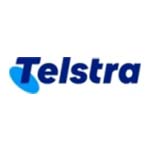 Australian service provider Telstra plans to expand its U.S. network infrastructure by increasing bandwidth capacity on its trans-Pacific subsea cables and opening two new points-of-presence (PoPs) in the region as well as upgrading many of its in-country circuits to enhance network resiliency and diversity, the company announced yesterday.

A plan to add 1.5 terabytes of capacity on multiple subsea cables from the U.S. west coast to Asia-Pacific within six months was driven by demand by Telstra’s U.S.-based customers and partners needing to carry more data, content, and IP traffic to and from Asia. Though company officials note these plans were already in place,  the COVID-19 pandemic and the traffic spikes it has created accelerated them.

Telstra has seen a 35% boost in traffic overall on its international network as well as a shift from 10G to 100G services on its trans-Pacific subsea cables as content providers, content delivery networks and others demanded bandwidth to support video, gaming, productivity, and enterprise apps.

Most of the increased demand is in areas of the U.S. with large concentrations of technology, media, content delivery and enterprise businesses, including the Pacific Northwest and Southern California, which will now be supported by Telstra’s new points of presence (PoPs) in Hillsboro, Ore. and Los Angeles. The company now has 21 PoPs in the U.S.

“While the COVID-19 pandemic certainly accelerated demand for bandwidth among technology and media companies, we’ve anticipated this growth for some time,” said Telstra Americas President Nicholas Collins, in a prepared statement. “That’s specifically why at the beginning of our fiscal year in July 2019 we introduced a new business technology and media business segment in the U.S. with the goal of capitalizing on the growth potential in those industries.”

It’s not surprising to see international data traffic surging as a result of the COVID-19 pandemic, as Telecompetitor has previously reported on increases in other types of data traffic, including mobile, as well.

Update: Telstra advised us that there was an error in the press release and that the 1.5 terabytes reference should be 1.5 terabits.