Home » Pai to Senate: Keep Americans Connected Pledge Could Be a Hardship for Broadband Providers 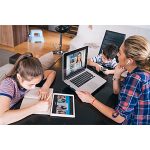 FCC Chairman Ajit Pai told the Senate Committee on Appropriations yesterday that complying with the Keep Americans Connected pledge could be a hardship for some broadband providers and offered to help legislators if they should choose to make funding available to those providers.

Smaller providers and those serving rural and low-income areas are most likely to face hardships, he said.

Pai also asked for funding to implement two pieces of legislation that have been signed into law – including the Secure and Trusted Communications Networks Act, which requires providers that use equipment from certain Chinese manufacturers to replace it, and the Broadband DATA Act, which requires the commission to create more accurate maps showing where broadband service is available nationwide.

Keep Americans Connected
Nearly 800 providers signed on to the Keep Americans Connected pledge, committing not to cut off service for residential and small business customers that have been unable to pay their bills during the COVID-19 pandemic. The initial pledge was for 60 days but was later extended until the end of June.

The FCC would be “happy to work with Congress if there is a funding vehicle that could enable [providers] to continue those connectivity requirements, which is . . . incredibly important,” Pai said in answer to a question from Senator Jerry Moran (R-Kansas).

Pai said he would “defer to Congress about the amount or appropriate vehicle” for any funding for the broadband providers.

He said the FCC did not have an estimate of revenues lost to service providers in complying with the pledge but noted that such information might be available from public sources and that the commission would be willing to work with Congress to try to find that information.

Asked whether the Keep Americans Connected pledge included an expectation that consumers would eventually pay for broadband service delivered to them during the pandemic, Pai said he would defer to providers on that.

“Our goal was just to make sure that for the time being we put all that on pause,” he said.

Rip and Replace, Broadband Mapping
Pai had more specific recommendations about funding to implement the Secure and Trusted Communications Networks Act and the Broadband DATA Act.

In his testimony before the committee, Pai estimated that it could cost as much as $2 billion for service providers to comply with the Secure and Trusted Communications Networks Act, which requires providers that use manufacturers that “pose national security threats” to replace equipment from those manufacturers.

“I strongly support the rip-and-replace requirements that Congress mandated, but that mandate came without money,” Pai said.

Pai estimated the cost of getting the Broadband DATA Act “off the ground” and implemented through its first year at $65 million.

“We want to work with you to appropriate this funding as soon as possible so that we can move forward quickly to improve our nation’s broadband maps,” Pai said. “Otherwise, this well intentioned law will end up significantly delaying rather than expediting the production of better broadband maps.”

A replay of the Senate hearing at which Pai testified about Keep Americans Connected, the Broadband DATA Act and the Secure and Trusted Communications Networks Act can be found at this link.