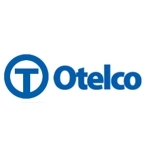 The move is an example of how Tier 2 and Tier 3 telcos can position themselves to benefit from the mobile data networking boom, even though many of them—including Otelco—do not operate their own wireless networks. According to this week’s announcement, Otelco plans to support service level agreements for its wireless carrier customers “without the need for overlay network builds on top of existing voice and data services.” To support the rollout, Otelco is adding ADTRAN’s Optical Networking Edge (ONE) capability to its existing Total Access 5000 network infrastructure.

“Mobile backhaul represents a huge market opportunity for us moving forward, but we needed to be sure that the quality of service would not be negatively impacted for our existing customers,” said Terry Schupp, network manager for Otelco Mid-Missouri. With the ONE solution, he said, “we can not only deliver service isolation for each individual mobile network operator that may share a single cell site, but can do so in conjunction with our existing broadband services and know that the service level will remain high.”