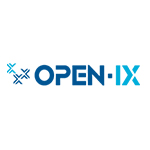 At a time when some data center operators are trying to one-up each other on reliability, it might seem surprising to learn that open standards organization Open-IX is moving in the opposite direction. The organization is working on edge data center standards that would be less demanding than those designed for monolithic data centers located on or closer to core communications networks.

“A lot of cloud providers don’t need the same reliability” that is offered by the larger data center operators, explained Open-IX Executive Director Gabe Cole in an interview with Telecompetitor at the International Telecoms Week conference in Chicago earlier this month.

One of the major costs for cloud providers is the data center, and some cloud providers would prefer to have a bit less reliability and lower costs, Cole said. He noted, for example, that Open-IX is exploring the possibility of creating standards for a “community data center” that would use a “lights out” approach, meaning that maintenance staff would not be available 24 hours a day but would have more limited hours.

Edge Data Center Standards
The edge data center is poised to play an increasingly important role in Internet infrastructure as end users consume more and more content over the Internet. Delivering content from a point closer to the end user can help minimize network costs while also improving latency.

Open-IX — an open standards organization created three years ago with the backing of Netflix, Akamai and other web-scale companies – already has made substantial progress in creating edge data center standards.

Each standard has three components, Cole explained. These include physical components such as those determining reliability, operational requirements such as a 24/7 maintenance requirement, and community standards. The latter are what differentiate Open-IX standards from those of the Uptime Institute, which is responsible for the tiered standards by which data centers traditionally have been measured.

Open-IX community standards state that data centers and Internet exchanges “need to be transparent, network-neutral and [must] allow any network to enter the data center and be on the exchange,” explained Cole. He also noted that certified data centers and exchanges “have to operate in a fair, reasonable and non-discriminatory fashion.”

“We’re not a competitor to Uptime,” said Cole. “We set forth what web-scale companies and exchanges need.” In some cases, the reliability level required is less demanding than what the Uptime Institute requires. “It’s more about the community standards,” Cole said.