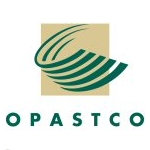 OPASTCO--the Organization for the Promotion and Advancement of Small Telecommunications Carriers–has the outlines of a plan to reform the Universal Service Fund and Intercarrier Compensation programs for rural incumbent local exchange carriers (ILECs), one that it claims will ‘hasten progress towards the ubiquitous availability of affordable high-speed broadband service’ in rural areas.

Implementing such a plan would speed up progress toward making affordable, high-speed broadband ubiquitous across the nation, according to OPASTCO.

“Our nation needs a reformed, sustainable High-Cost universal service program that addresses our country’s growing thirst for high-speed broadband. OPASTCO’s plan gives rural ILECs the necessary resources they need to serve as fixed broadband carriers of last resort, and each carrier can choose when to opt-in to the plan,” said Stuart Polikoff, OPASTCO’s Vice President – Regulatory Policy and Business Development, in a news release. “This ensures that residents and businesses everywhere, no matter where they are located, have access to the same advanced broadband services.”

One thought on “OPASTCO Promotes Plan to Reform USF, ICC”