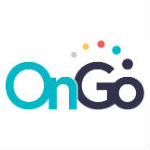 The CBRS Alliance today said that its inaugural OnGo CBRS interoperability test event was extremely successful, with a 98% test completion rate with no recorded failures.

The tests examined the critical functions required for support of all the shared spectrum in the 3.5 GHz band, including mobile network densification, fixed wireless, neutral host, as well as private LTE for both enterprise and industrial IoT use, the alliance said.

“While there have been a number of recent accomplishments toward commercial deployment, the technical achievements showcased by our members at last week’s Interoperability Test Event was by far one of the most significant milestones to date,” said Dave Wright, CBRS Alliance president, in a prepared statement. “After a successful round of interoperability tests and with initial commercial deployment on the horizon, we are confident that OnGo-enabled business opportunities are imminent.”

OnGo CBRS Interoperability
“Last week’s Interoperability Test Event was an incredible illustration of the power of collaboration and as a result of this cooperation – across member organizations, industry liaisons and the CBRS Alliance Working Groups – we proved that the OnGo ecosystem will offer tremendous benefits to end users across market verticals,” said Alan Ewing, CBRS Alliance executive director, in a prepared statement.  “Notably, this event provided the first ever connection attempt between certain devices and SASs. The connections were quickly made in each case and underscored the quality of the OnGo specifications and the maturity of vendor implementations.”