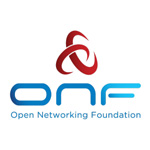 The CORD initiative “started off with a CO-like vision,” to connect multiple customer types, Sloane said. But increasingly operators have realized that the network edge “is where next-generation processing must take place.”

Sloane made his comments at the Adtran Connect event in Huntsville, Alabama this week.

CORD Central Office Project
Edge processing, he said, is about “making decisions and applying them locally.”

A key goal of edge processing, as AT&T and others have said, is to support low-latency services such as autonomous vehicles or virtual and augmented reality.

CORD’s mission today is largely focused on bringing data center economics to the central office, along with the agility of a cloud provider. The project will involve repurposing infrastructure depending on the service needed and will focus on creating an easy-to-consume platform.

Sloane referred to the ONF as a “unique operator-led consortium” whose board of directors is composed completely of network operators, with no vendor participation. The CORD (central office re-architected as a data center) project is the best known of ONF’s initiatives but the ONF has about 12 initiatives in total, Sloane said, and some of these relate to the CORD project.

“They all fit together,” said Sloane.

He outlined key ONF initiatives and their goals:

The ONF
Operators established the ONF seven years ago after a range of vendor mergers left them feeling “handcuffed,” with “fewer options,” Sloane said.

“It started as a science project,” observed Sloane. Operators essentially said, “Let’s write a check and see what happens,” he commented.

Global operator support has caused the ONF to gain considerable success and mindshare, according to Sloane.

He cautioned, however, that the organization’s primary emphasis is not on free software, as some may perceive, but on a new way of driving technology development.