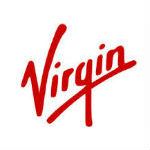 Qualcomm and The Virgin Group yesterday announced plans for an ambitious satellite project aimed at bringing broadband service to remote rural areas around the world that cannot get service today. The companies are pursuing the project through a joint venture to be known as OneWeb.

The satellite broadband service is targeted to be available in approximately four years, a Virgin spokesperson said. He declined to reveal target pricing or speeds per customer – although he did say that each satellite will support eight terabytes per second. He also noted that the satellites will operate in the K and Ku bands.

OneWeb for the U.S.?
The Virgin spokesperson declined to confirm whether or not the OneWeb satellite broadband service would be offered in North America, although a blog post from Virgin chief Richard Branson about OneWeb references the plans that President Obama is putting in place to bring broadband to rural areas of the U.S.

“This project will take that goal further, covering areas around the globe that desperately need high speed Internet and telephony,” Branson wrote.

As the FCC transitions today’s voice-focused Universal Service program into a broadband-focused Connect America Fund, the plan is to use satellite broadband or terrestrial fixed broadband wireless to serve a percentage of total homes that cannot get broadband today – those homes that would be most costly to serve using landline-based alternatives. Potentially this could be an opportunity for OneWeb – particularly if the FCC is unsuccessful in finding network operators willing to deploy landline broadband to additional areas at the support levels targeted through the CAF program.

But whether OneWeb sees sufficient demand in the U.S. market to merit an investment in satellite technology to cover this country remains to be seen.