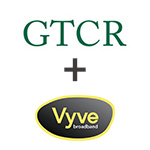 The GTCR Vyve deal comes at a time when the need to deploy rural broadband has gained higher visibility than ever before, and some rural cable companies see opportunities to help close the digital divide. Acquisitions have been on the rise as those companies seek economies of scale.

GTCR Managing Director Phil Canfield didn’t mention scale or the digital divide in today’s press release about the Vyve acquisition, however. But he did mention potential future acquisitions.

Rural Cable Consolidation
GTCR first emerged on the rural cable scene in 2013 when it acquired cable company NewWave Communications. At that time, Telecompetitor spoke with former FCC chairman and GTCR advisor Reed Hundt, who said cable infrastructure was the best approach to universal broadband because it could support higher bandwidth than wireless or traditional telco infrastructure.

After that, we didn’t hear much from GTCR until now. But during that same period, Vyve kept a higher profile.

Interestingly, Vyve – originally known as BCI Broadband – was established the same year that GTCR was. Like GTCR, its plans from the start included acquiring smaller cable companies. At the time BCI was established, its CEO said the company would have a “single-minded focus on the customer experience.”

BCI Broadband made several acquisitions, then changed its name to Vyve and set about molding those acquisitions into a uniform entity. The company has been quite aggressive in upgrading the rural cable infrastructure it has acquired. As of mid-2017, the company offered 200 Mbps broadband in more than 80% of its markets and has deployed gigabit service in some areas.

The purchase price in the GTCR Vyve deal was not revealed.