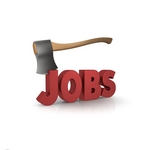 We saw quite a bit of consolidation among rural telecom providers in 2009. Among other motivations, companies are coming together to build scale, which they hope makes them more prepared to weather some of the changes and declines in traditional telecom. In this regard, bigger is better, they think.

Unfortunately for some, bigger does not always apply to them and their jobs. In addition to building scale, merged companies look to cut costs – labor costs high among them. It’s a reminder that there are human costs to consolidation.

The latest example is CenturyLink eliminating 600 jobs at the former headquarters of Embarq in Kansas City. The Kansas City Business Journal reports “further job cuts are possible as CenturyLink continues to look for ways to eliminate duplication between the two former companies and deals with the ongoing shrinking of the traditional landline business as consumers switch to wireless and Internet-based service.”

Another example is taking place in Pennsylvania, where Windstream recently closed its acquisition of D&E Communications. Close to 80% of D&E’s workforce will be let go as a result of the acquisition.

The consolidation trend is expected to continue. More job cuts will certainly follow.

5 thoughts on “One Price of Rural Telecom Consolidation: Jobs”