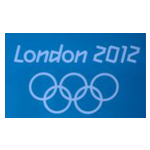 Streamed live, stored for time-shifted access and delivered through digital networks to screens of all sizes worldwide–from smartphones and tablets to smart TV sets– the 2012 Summer Olympics in London is set to be the latest in a growing string of global events that serve as indicators of the performance of, and consumer demand for, multi-platform multimedia.

Fremont, CA-based provider of Intelligent Policy Enforcement solutions for network operators Procera Networks is capitalizing on the high-visibility opportunity by sharing “granular visibility into data traffic patterns surrounding the Olympics from peering points at a U.K. mobile provider, and also wireline/wireless peering points here in the U.S.,” along with some in Asia.

Viewer demand for multimedia coverage of specific events ebbs, flows and mutates, as do delivery capabilities. That’s already making for some interesting results that are likely to prove of particular interest to ISPs, telecom network operators, content providers and device manufacturers alike.

“Sometimes what doesn’t happen is just as interesting as what does,” a Procera spokesperson noted, “for example, when we learned that there was very little enthusiasm for watching the Super Bowl over the Internet (a DSL operator had less than 0.5% of their subscribers watching, and multiple MSOs had almost 2% participation).”

Data on Olympics data traffic is now flowing in. “We are monitoring a large number of our customer networks (mainly in Europe and North America), and we are seeing some things that we expected and some that we did not,” he continued.