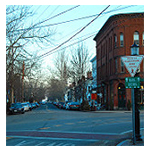 Five rural communities in the same number of states will participate in President Obama’s Cool and Connected broadband pilot program, which aims to use broadband to spur economic development in these communities. The program is administered by The U.S. Department of Agriculture and the U.S. Environmental Protection Agency. Funding of $350,000 is allotted to the pilot program from an inter-agency agreement, a USDA spokesperson said.

Participating communities will gain the assistance of a team of experts that will help “develop strategies and an action plan for using planned or existing broadband service to create connected, economically vibrant main streets and small town neighborhoods,” the USDA noted in a press release about Cool and Connected broadband.

The USDA and EPA received 250 letters of interest in response to a public notice issued about the Cool and Connected broadband pilot program, the USDA spokesperson told Telecompetitor. The five communities were chosen because decision-makers believed those communities would be able to benefit most from  the program, the spokesperson said. (story continues below)

A variety of studies have noted that broadband can spur economic development, particularly in rural areas.

Obama clearly seems to have gotten the message. The Cool and Connected broadband program is just the latest example of Obama’s efforts to leverage broadband to obtain social benefits. Previous efforts included creating an advisory Broadband Opportunity Council, as well as the ConnectED program, which aims to spur the deployment of broadband to the nation’s schools. Another example is ConnectALL, which aims to spur broadband adoption.