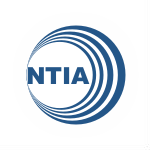 While stakeholders continue to debate whether or not the U.S. faces an impending spectrum shortage, one government entity yesterday demonstrated just how seriously it is taking the issue. The National Telecommunications and Information Administration yesterday proposed freeing up 95 MHz of spectrum currently in government hands for commercial wireless broadband on a shared basis—and it’s not just any spectrum. It’s spectrum currently used for military tactical radio relay; air combat training systems; precision guard munitions; tracking, telemetry and commanding; aeronautical mobile telemetry; and unmanned aerial systems; among other things.

“While . . . there are a number of challenges to repurposing, NTIA concludes that it is possible to repurpose all 95 MHz of the band,” the NTIA wrote in a 150-page report issued yesterday about the spectrum, which lies in the 1755 to 1850 MHz band.

The NTIA emphasized, however, that it does not recommend moving current spectrum users to another band but instead proposes sharing the spectrum with commercial users. According to an announcement issued by the NTIA yesterday, the agency’s analysis raised questions as to whether the proceeds from auctioning the 1755-1850 MHz band would exceed relocation costs. Relocating existing spectrum users also would prevent the spectrum from being repurposed for more than a decade in some cases, the agency said.

The NTIA report, titled “An Assessment of the Viability of Accommodating Wireless Broadband in the 1755 – 1850 MHz Band,” offers few, if any, suggestions for how spectrum might be shared. But potentially one idea would be to use communications protocols to give priority to government users. Another idea might be to use dynamic database technology along the lines of what is now being used to support broadband wireless use of TV white spaces spectrum.

One person who has argued in favor of the need for more commercial spectrum is Blair Levin, who headed up the crafting of 2010’s National Broadband Plan, which suggested that certain underutilized spectrum in government hands should be repurposed for commercial use.

In a recent interview with Telecompetitor, Levin predicted that the government would pursue spectrum sharing arrangements as a means of freeing up spectrum. “It’s too difficult to dislodge incumbents from existing spectrum,” Levin said, pointing to how vigorously the global positioning industry defended itself against LightSquared as an example.

It’s worth noting, though, that LightSquared wasn’t asking the GPS industry to move to a different spectrum band, only to co-exist with a terrestrial network in an adjacent spectrum band—a scenario that likely would have required the addition of filters to GPS devices.

It’s not clear what accommodations existing government users would have to make in order to share their spectrum with commercial users—but whatever those accommodations might be, I wouldn’t anticipate the agencies holding the spectrum to agree to them without a struggle. And if GPS manufacturers were able to raise fear and doubt about interference with their systems, it would seem that government agencies responsible for precision guard munitions and the like could have even greater success with that sort of approach.

I’m not saying those who want to free up spectrum are doomed to failure with the spectrum sharing plan. But it sure seems like they will need to be extra vigilant in making sure their message about an impending spectrum shortage gets out if they are to have any success in persuading all the various stakeholders to support their plan.