The Department of Commerce’s National Telecommunications and Information Administration (NTIA) today posted a Notice of Funding Opportunity that begins the application process for the Connecting Minority Communities pilot program that will invest $268 million in broadband for minority communities.

The notice of the funding opportunity, which was published on grants.gov, was established by the Consolidated Appropriations Act, 2021. The applications must be submitted by 11:59 PM EST on December 1, 2021.

A series of webinars on the program is ongoing. The next will be held on August 18 and 19.

“Communities of color have faced systemic barriers to affordable broadband access since the beginning of the digital age,” U.S. Secretary of Commerce Gina M. Raimondo said in a press release. about the NTIA Connecting Minority Communities pilot program. “The investments we make as part of the Connecting Minority Communities Pilot Program will help communities that are struggling with access, adoption and connectivity, and will inform our path forward as we seek to finally close the digital divide across the country.”

The NTIA published the rules for the program in June. The rules say that funding may be used for equipment and the “[p]urchase of broadband internet access service, including the installation or upgrade of broadband facilities on a one-time, capital improvement, basis in order to increase or expand broadband capacity and/or connectivity at the eligible institution.”

A report released late last month by The Joint Center found that 38% of what it calls the “Black Rural South” lacks home Internet connectivity. That compares to 20% of the overall U.S. population. The organization defines the Black Rural South as 152 counties in 10 southern states that are at least 35% black. 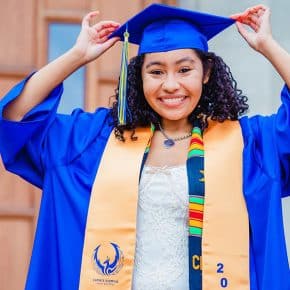