When it comes to precision agriculture, broadband is moving beyond being nice to have; instead, it is fast becoming a “must have,” according to a new report from NTCA—The Rural Broadband Association.

The 28-page report, titled “From Fiber to Field: The Role of Rural Broadband in Emerging Agricultural Technology,” is well researched and in addition to explaining various types of precision agriculture, it includes a wide range of data points about the benefits of the technology.

Guidance systems were the first major precision agriculture technology developed. Dating back to the late 1990s, these include guided steering systems on tractors, sprayers and other implements that adjust outputs based on GPS coordinates. Those coordinates also drive an auto steering feature that makes sure farmers drive in straight lines and maintain a constant distance between rows of crops.

Over time, GPS guided systems have become more sophisticated by analyzing data gathered in the field and have evolved into soil/yield mapping systems and VRT systems that use data from sensors or GPS coordinates to vary the application of seeds, fertilizer and pesticides based on historical data.

Such systems can be used to determine where to lay fertilizer and, in combination with GPS, can be used to lay the fertilizer within five inches of a targeted zone, avoiding wasted fertilizer. NTCA cites a National Corn Growers Association estimate stating that fertilizer placement has improved 7% through the use of these soil/yield mapping systems and is forecast to increase an additional 14% with future ag tech adoption.

Irrigation also improves with these systems because the systems can map fields and curve rows so that rainwater can be directed for natural irrigation, decreasing water usage by 4%, with the potential to decrease an additional 21% with greater adoption.

Precision agriculture has been adopted most heavily on large farms, where adoption rates for GPS soil/yield mapping and guidance systems are near or above 80%. As the cost of the technology decreases, it may be more heavily adopted on smaller farms.

Systems that rely on analytics initially relied on what NTCA calls a “sneaker net.” Farmers would download data from the field gathered on thumb drives and process the data at their office by walking data back to the office.

Replacing the sneaker net requires advanced fiber and mobile wireless network, the report explains. Advantages of doing so are numerous. For example, drones supporting precision agriculture could rely on cloud computing rather than drone-mounted equipment that would add weight and increase power demands.

Another valuable application would use blockchain technology to pinpoint where a food poisoning outbreak originated, eliminating the need to recall untainted produce.

“[R]obust, future-proof scalable wired and wireless broadband systems are necessary to support a growing range of ag tech platforms,” the report concludes. “Accordingly, continued development of ag tech and its role in maintaining U.S. global competitiveness, alongside sustaining economic inputs to the U.S. economy, will demand the deployment and ongoing development of robust, scalable fiber-supported wired and wireless broadband networks throughout rural and agricultural regions of the nation.” 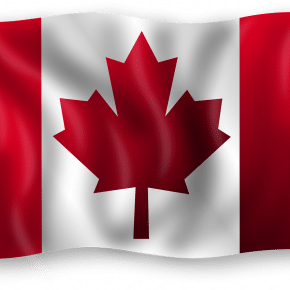