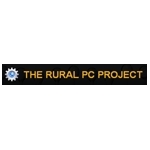 NTCA, the trade association representing rural telecom interests, outlined its Rural PC Project at their NTCA Fall Conference in New York City. The Rural PC Project is a joint effort between NTCA and CSSA, a technology products distributor for rural telcos, to place computers in rural households and help drive broadband adoption among NTCA members. NTCA also sees the program as a way to improve quality of life among rural consumers.

Offering subsidized netbooks and laptops has been the domain of larger wireless and broadband carriers with massive scale like Verizon and AT&T. NTCA members are hard pressed to provide similar offerings on their own. “As our industry evolves and competition increases, it is important for NTCA members to work together to gain the economies of scale that alone we could not achieve.  The Rural PC project is a perfect example of this, and by combining our computer purchases, we hope to gain preferred pricing which will help us remain competitive into the future,” says Kevin McGuire, vice president of business and technology at NTCA. Both wireline and wireless carriers are using subsidized netbooks and laptops as incentives for long term broadband and wireless subscription contracts.

The project which was launched in May 2009 is currently in pilot phase with four participating NTCA members. The goal is to aggregate computer purchases among NTCA members to achieve lower per unit cost. NTCA and CSSA administer the program, including managing the inventory, for their membership. The telcos in turn, offer the computers to their customer base on their own individual terms. Microsoft has also helped in the effort, offering strategic planning support.

NTCA and CSSA are looking to expand the program, as well as attract other industry partners like Microsoft. Find out more at the Rural PC Project website.