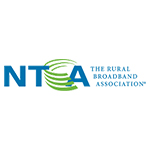 Average rural telecom provider paperwork required by regulators consumes 587 hours per year – more than 73 workdays – including completing reports and responding to requests for information, according to a survey conducted by NTCA – The Rural Broadband Association and the Small Company Coalition (SCC).

The Telecommunications Reporting Worksheet, Form 499Q and 499A, cited by 29 respondents, was the sole write-in to make the list. The mean completion time reported for the report came in at a mean of 25 and median 15 hours.

In numerous cases, the survey results varied substantially from the estimates of the time required to complete forms that the FCC provides the Office of Management and Budget (OMB). For example, the FCC estimates an average burden of 387 hours per response for Form 477. At 38 hours per response, the average response time among survey respondents was 349 hours less.

On the other hand, survey respondents reported spending an average 60 hours per response to complete Form 481. That’s 40 hours more than the FCC estimate of 20 hours.

Gauging the Impacts of FCC Streamlining Initiatives
The results suggest that industry participants and regulators, as well as the public, stand to benefit from gaining a better understanding of the reporting burdens rural telecom providers face. Along this line, NTCA and SCC point out that the FCC has taken steps that could change the reporting burdens posed by two of its forms: Form 481 and that for Lifeline certification and customer eligibility verification.

Some have cited Form 481’s five-year plan as the most burdensome aspect of completing the report, for example, researchers note. The FCC plans to eliminate the five-year plan as of 2017 and replace it with a requirement to report on geocoded locations of new builds and upgrades as deployed, NTCA and SCC elaborate. Those rural telecom providers electing model-based support as part of Universal Service reforms will need to provide geocodes for preexisting service locations as well.

The FCC recently eliminated some of the paperwork processing (e.g., hard-copies and redundant filing) associated with completing Form 481. While researchers believe these changes could indeed reduce Form 481’s reporting burden, further review and clarity regarding the nature and impact of these changes is needed, they state.

The FCC also recently decided to make use of a third-party database as part of an initiative to streamline and centralize reporting for Lifeline certifications and verification of customer eligibility. That promises to reduce associated reporting burdens for the rural telecom provider, but the effects will ultimately be determined by implementation details, NTCA and SCC state.