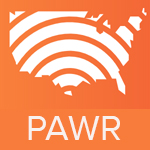 Two rural wireless testbeds will each receive $300,000 from the National Science Foundation, NSF, to further their work. The two projects are considered finalists to become the fourth city-scale wireless research testbed in a program managed by the Platforms for Advanced Wireless Research (PAWR) program.

The PAWR program was started by the NSF and a consortium that includes 35 wireless companies and associations. A key goal of the program is to create city-scale wireless testbeds that can be shared by multiple researchers.

The additional $300,000 in funds are designed to enable each project to develop a platform design that “incorporates various novel broadband delivery technologies for research and experimentation,” according to a press release about the NSF wireless testbeds.

The two NSF wireless testbeds are:

The goal is for the team ultimately selected for the next platform in the PAWR program to begin an accelerated deployment process early next year.

As the press release notes, “Both the ARA and NEXTT teams are focused on integrating multiple wireless technologies and supporting a range of configurations for last-mile and backhaul network architectures. These heterogeneous network testbeds will create new possibilities for expanding affordable broadband service, and specifically for experimenting with delivery models designed to lower deployment costs and extend coverage in rural America.”

In a prepared statement, Abhimanyu Gosain, Director of Industry Engagement for the Institute for the Wireless Internet of Things at Northeastern University, and Technical Program Director for the PAWR Project Office (PPO) noted that “When selecting the finalists, we considered important technical factors such as support for multiple application environments and enabling technologies, ability to innovate and future-proof a hybrid rural network architecture, and demonstrated understanding of how to provide experimenter support. Based on the comprehensive and holistic evaluation, we are excited to work with the NEXTT and ARA teams to refine their platform vision over the next six months.”

The ARA and NEXTT teams will work closely with the PPO to “strengthen their deployment plans, match resources to specific platform needs and tighten their operational structures to improve the chances for research success,” the press release notes. The final decision about the PAWR rural wireless testbed will be based on “technology comprehensiveness – including the level of interoperability and technology integration demonstrated – as well as the proposed user experience for future researchers on the platform,” the press release about the NSF wireless testbeds noted.