April 10, 2014 — HERNDON, Va.–(BUSINESS WIRE)–The National Rural Telecommunications Cooperative (NRTC) announced today the debut of Disney/ESPN Media Networks, Turner Networks and AMC Networks on its MyTimeTV℠ authentication platform. Disney/ESPN, Turner and AMC represent the latest in a series of programmer additions to the offering, which allows NRTC member subscribers to watch their pay TV subscription content via mobile devices in or away from the home.

“One of NRTC’s goals in supporting telcos in the video business has been to deliver an authentication platform with a truly robust group of networks,” said NRTC’s Vice President of Video Services Madeleine Forrer. “Our members’ subscribers now have access to the most popular television shows and networks via the Internet. In fact, just a few days ago, we had our first member go live with TV Everywhere services for Disney/ESPN. Their subscribers are already enjoying all of the programmer’s content on their computers, smartphones and tablets.”

“Having celebrated our second Olympics with NBCU on the platform, we are looking forward to helping our members deliver popular entertainment programming and more premiere sporting events to viewers in rural America no matter where they are,” Forrer added. “The rapid expansion of TV Everywhere’s availability will continue to change how television viewers both think about and watch TV.”

Disney/ESPN, Turner and AMC programming join HBO Go® and MaxGo®, A&E, Fox News and Fox Business, Fox Cable programming and NBC Universal on the NRTC platform. But with MyTimeTV℠, members are free to seek out programming rights on their own and simply come to NRTC for its authentication and systems integration. 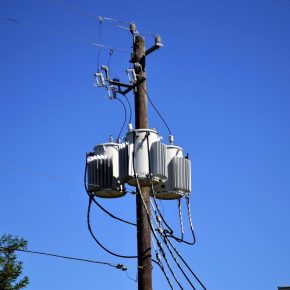