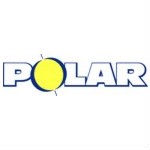 During the holiday break Telecompetitor learned not only that North Dakota is the state with the largest percentage of homes that can get FTTH service; we also heard that the state now has at least one customer that has gigabit service.

Polar Communications, a small rural telco serving 10,000 subscribers in northeast North Dakota and a small part of Minnesota, said in December that it is providing the first gigabit service in North Dakota to The Arthur Companies, a group of agribusiness companies based in Arthur, N.D. Underlying the gigabit service is FTTH infrastructure that Polar previously put in place, said Polar Communications Marketing Manager Joan Swartz in an email to Telecompetitor.

Polar Communications began installing FTTH infrastructure in 2008 and according to Swartz, “We will be completing our FTTH project by the end of 2015 and will offer gigabit service everywhere.”

North Dakota Gigabit
Fiber between the home and the local phone company is only one of the requirements for supporting gigabit service.

Polar Communications also is a member of Dakota Carrier Network, a group of 15 rural North Dakota telcos that has built a statewide fiber optic network, and that network undoubtedly helped enable the company to offer gigabit service by providing high-speed backhaul to the Internet.