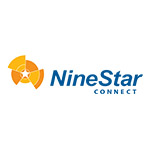 NineStar Connect, the Indiana company formed in 2011 when a telecom cooperative and an electric cooperative merged, has since expanded into the water and sewer business and is pursuing an additional water company acquisition.

In an interview, NineStar Connect Director of Marketing David Spencer said NineStar now offers fiber-to-the-home throughout its service territory but “business and economic development was not coming as quickly as we thought.”

He cited the example of a local concrete company that wanted to expand and wanted water and sewer access. This was challenging, considering that three quarters of NineStar’s territory has no water or sewer provider and that most people are on wells and septic systems.

Concerns such as these drove NineStar last year to buy a small water company serving 100 customers. In addition, NineStar purchased a sewer package plant that had been owned by a local school district. As a result, NineStar was able to accommodate the concrete company’s needs and that company decided to stay in the area.

NineStar GEM Water Utility Purchase
NineStar was created through the merger of Hancock Telecom and Central Indiana Power – a merger motivated, in large part, by the desire to efficiently deploy modern communications and smart grid infrastructure.

The merged company now plans to purchase GEM Water Utility – a company serving 700 customers — from the Town of Cumberland. As part of the purchase agreement, NineStar has agreed to bring fiber-to-the-premises supporting speeds up to a gigabit to GEM customers. The town has approved the deal, which now awaits Indiana Regulatory Utilities Commission approval.

Asked about the challenges of entering a new line of business, Spencer said, “We have a unique culture. We roll up our sleeves, figure it out and bring in the resources we need.” He noted, for example, that the company hired someone with expertise in the water business.

The two companies that merged to create NineStar have gained a considerable number of efficiencies as a result of the merger, Spencer noted. For example, he said both companies had their own backhoes but now share one. He expects to see additional synergies of that nature as a result of the expansion into the water and sewer business.

He noted that NineStar is in talks with two developers about bringing service to two new subdivisions. Future plans for the water and sewer business also could include deploying smart water technology, which uses fiber-connected sensors to detect leaks throughout the system.

Additional information about the NineStar GEM Water Utility deal can be found in this frequently asked question document.