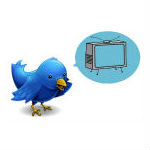 Becoming “fast friends,” TV and social media are changing the way Americans watch television. But does “Tweeting” with friends about TV shows or other such social media activity “drive consumers to tune-in to a program, or are viewers just chatting about shows they’re already watching?” That’s the question Nielsen sought to answer by undertaking some independent market research.

Nielsen’s “Twitter Causation Study” for the first time provides “statistical evidence of a two-way causal influence between broadcast TV tune-in for a program and the Twitter conversations around that program.”

Analyzing minute-by-minute time series of its Live TV Ratings and Tweets for 221 primetime TV program episodes using Nielsen’s Social Guide, researchers found that “Live TV ratings had a statistically significant impact in related Tweets among 48 percent of the episodes sampled, and that the volume of Tweets caused statistically significant changes in Live TV ratings among 29 percent.”

“Using time series analysis, we saw a statistically significant causal influence indicating that a spike in TV ratings can increase the volume of Tweets, and, conversely, a spike in Tweets can increase tune-in,” Nielsen chief research officer Paul Donato was quoted in a press release. “This rigorous, research-based approach provides our clients and the media industry as a whole with a better understanding of the interplay between Twitter and broadcast TV viewing.”

Nielsen also found that the two-way relationship between Tweeting and TV program viewing differs by genre of TV show. Tweets had the greatest impact in the competitive reality genre, influencing ratings changes in 44% of such episodes sampled. Tweets also had a sizable and positive impact on ratings changes for comedy shows (37%) and sports programming (28%). Dramas showed less impact from Tweets (18%).

Increases in TV ratings during an episode also cause more people to Tweet about a show more often, according to Nielsen, raising the question of how viewers even know ratings are increasing as the episode airs. “This may be because there are more people available to tweet about a show, or because more compelling content drives people to tweet more often,” Nielsen researchers posit.

So what’s the bottom line for broadcast TV networks and advertisers? “Media companies and advertisers have already made investments in social media outreach as a means of engaging more directly with consumers, and we believe there are worthwhile opportunities for Nielsen to conduct additional research that can help quantify the relationship between television and social media activity,” Donato said.