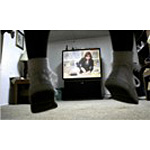 The belief that teens’ media preferences and viewing habits are radically different than those of adults is misleading and false, according to a Nielsen research report released today. Debunking commonly held perceptions of teens and their media use, the research results should prove heartening to traditional as well as new media content providers and distributors, TV networks and producers in particular.

“The notion that teens are too busy texting and Twittering to be engaged with traditional media is exciting but false,” assert the authors of Nielsen’s “How Teens Use Media“.

Commercial hype and news media that focuses on teens’ media use and early adoption of new technology lies at the fringes of the mainstream and obscures broader and more significant preferences and viewing habits, according to the Nielsen report.

Among the “myths” debunked in the report are the following:

Nielsen’s advice – those looking to craft business strategies around teens and media would do well to “start by challenging popular assumptions about teens,” the Nielsen authors contend. “Don’t focus on the outliers, but on the macrolevel trends of media and preferences for the segment. The averages will show you that teens can often be reached by the same means as their parents.”