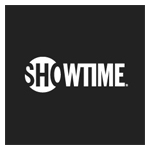 The move to deliver content over-the-top via Internet streaming got another boost yesterday. Two well-known brands announced streaming efforts.The dominant sports brand, the NFL, announcing they will stream an NFL game in the upcoming season and pay-TV premium channel Showtime is launching an OTT channel, similar to rival HBO Now.

NFL Streaming
The NFL announced they are partnering with Yahoo to stream the October 25th Buffalo Bills and Jacksonville Jaguars game, which will be played in London. Yahoo will gain global rights to offer the game across their properties, which include Yahoo, Yahoo Sports, Yahoo Screen and Tumblr, which collectively, attract more than one billion monthly users.

This is clearly an experiment for the NFL, although I suspect Yahoo paid handsomely for the right. Streaming only one game in this fashion allows them to test the market. NFL games have been available for streaming already, but they require a subscription to a pay-TV service to gain access to TV Everywhere streaming rights.

“The NFL is leveraging Yahoo’s global audience, digital advertising capabilities, and delivery platforms, which span desktop, mobile, tablet, connected TVs, and set-top boxes, to ensure that the Bills-Jaguars game is accessible on every screen globally,” says the NFL in a press release.

One potential strategy for this streaming trial with Yahoo is international distribution. The NFL has very lucrative TV rights contracts for the U.S. that pays them billions of dollars each year. Those are long term deals and I doubt the NFL will allow OTT streaming to impact that money flow. At least not anytime soon.

But streaming via OTT to reach an international audience. Maybe we’ll see more of that soon.

Showtime OTT
Showtime previously announced an OTT channel was coming and they confirmed a July launch yesterday. The service will debut in July and will be priced at $10.99 per month. The service is branded simply as SHOWTIME. Like HBO Now at their launch, Showtime will feature Apple devices for the OTT launch.

“The launch of SHOWTIME will coincide with the new seasons of the critically-acclaimed, hit series RAY DONOVAN and MASTERS OF SEX, premiering on Sunday, July 12thiPhone®, iPad®, iPod touch® and Apple TV® users will be able to subscribe to SHOWTIME as a stand-alone service on the SHOWTIME app anywhere in the U.S., for one monthly price ($10.99) to view on all Apple devices,” says Showtime in a press release.

According to Showtime, the service will offer “… unlimited on demand access to every season of award-winning SHOWTIME original series, and hundreds of hours of movies, documentary and sports programming, as well as the live broadcast of the east and west coast feeds of SHOWTIME.”

Showtime’s corporate parent CBS Corp. has recently openly embraced the move to stream OTT content, bypassing pay-TV distributors. CBS was the first legacy broadcast network to offer their live CBS feed across the Internet on an OTT channel called CBS All Access . They are also rumored to be talking closely with Apple for a potential upcoming Apple TV effort.