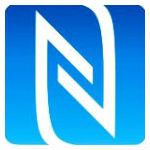 Formed to advance development and adoption of near-field communication (NFC) technology, the NFC Forum has published and made available free for public download a new specification for an NFC controller interface (NCI) that “defines a standard interface within an NFC device between an NFC controller and the device’s main application processor.”

NCI is “a major new specification,” according to the NFC Forum, as it makes it easier for device manufacturers to integrate chipsets from different chip manufacturers,” as well as defining “a common level of functionality and interoperability among the components within an NFC-enabled device.”

Rather than having to create interface controllers specifically for different chipsets and their own devices, device manufacturers can use the NCI specification as a standard interface that “they can use for whatever kind of NFC-enabled device they build—including mobile phones, PCs, tablets, printers, consumer electronics, and appliances,” the NFC Forum elaborates. That means they’ll be able to bring NFC-enabled devices to market that much faster.

“With the publication of the NCI specification, device manufacturers will be able to integrate NFC controllers into their products quickly and simply,” NFC Forum Chairman Koichi Tagawa stated in a press release. “This will ease chip sourcing and shorten time to market for new NFC-enabled devices of all kinds.”