Vexus Fiber says that it will invest $250 million to bring fiber broadband services to Albuquerque, NM. The company says that the entire city eventually will be served by the network.

The network eventually will offer 10 Gbps service, with symmetrical 1 Gbps services initially available. Engineering operations will begin immediately and construction will begin early next year. Completion of the network is expected in 2024. The network will be activated in stages, with some areas of the city coming online during next summer.

Vexus says that 200 construction jobs will be created during the next three years and 150 permanent jobs to staff a local office and storefront.

The company says that it has brought services to more than 35 cities in Texas and Louisiana.

“We are excited to announce the expansion of fiber high-speed broadband into Albuquerque,” Vexus Fiber CEO Jim Gleason said in a press release. “We are thrilled to become a part of the City of Albuquerque and see the area as a terrific place for business. This network of the future will help foster additional growth and economic development for the area.”

Last month, Vexus began construction on its network in Tyler, TX. The network, which will reach more than 40,000 businesses and residences in the city, is being privately funded by Vexus.

In late July, Vexus said that it is building an FTTH network that will serve 35,000 homes and businesses in San Angelo, TX. Construction was slated to begin this fall and some connectivity was expected to be offered by the end of the year. Businesses will have access to TeleCloud hosted voice solutions and TV packages tailored to all business types. Residential customers will get all-digital TV and phone service.

Vexus Fiber, formerly NTS Communications, is based in Lubbock, TX. It is an affiliate of Vast Broadband, which acquired the company and in September 2019 and changed its name. 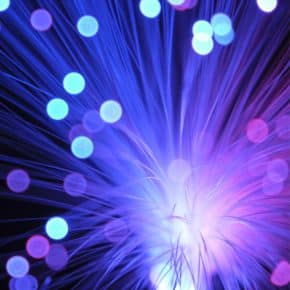