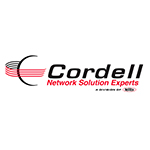 Nex-Tech said this week that it has reached an agreement to acquire Cordell, a provider of equipment and software for network operations centers (NOCs) and the like. In an interview with Telecompetitor, Nex-Tech Chief Operating Officer Mike Pollock said the acquisition should help Nex-Tech expand its carrier division offerings.

Nex-Tech is a Kansas-based broadband provider that started out 68 years ago as a telephone company but has since expanded into other business lines. The company built a NOC several years ago to support its own operations and since then has also offered NOC services to other service providers nationwide, including some that do not operate their own NOCs and some that use Nex-Tech for after-hours and weekend support, Pollock explained. Another offering from Nex-Tech’s carrier division is CALEA law enforcement services.

“Our clients include small telecom companies, some rural electric companies, some data centers and some statewide networks,” Pollock said of Nex-Tech’s carrier division.

Nex-Tech Cordell Deal
As for the Cordell purchase, Pollock said, “We’ve been a power user of their systems for a decade.”

Nex-Tech will continue to use the Cordell name for the Cordell offerings. Cordell headquarters and employees will remain in LaVerne, California for “the near future,” a Nex-Tech press release notes.