A group of more than 40 rural wireless carriers led by NewCore Wireless and RINA Wireless hopes to find strength in numbers in a wireless market that has become increasingly challenging for smaller carriers. Both NewCore and RINA have invested in core wireless network infrastructure that they offer to wireless carriers on a wholesale basis. The NewCore RINA partnership will combine those assets and invest in additional assets.

“NewCore and RINA started talking a year ago about what services we can merge together,” said Potts in an interview with Telecompetitor.

Discussions culminated in an agreement to interconnect NewCore and RINA data centers and to give small wireless carriers the option of paying a small membership fee that gives them an ownership stake in a new as-yet-unnamed entity. Depending on the size of the investment, the rural carrier also may get a seat on the board.

“We have partners with only 300 to 500 customers” commented Potts. A tough question for carriers such as that is how to buy an IMS core when the company has to pay just as much for that infrastructure as a carrier with a million subscribers.

“We’re seeing too many of these small companies go out of business because they can’t compete,” he said.

“And when they go out of business, they leave some rural areas without any coverage at all,” added Denny Mecham, chief operations officer for RINA.

The idea behind the NewCore RINA group is to make a single investment in infrastructure such as an IMS core that can be shared by multiple carriers.

“Scalability will keep us in business and make us profitable,” said Potts.

The first new investments by the NewCore, RINA group are in an ENM platform and in hosting an IMS core, said Mecham.

The group also gives carriers the ability to cost-efficiently implement voice over LTE and voice over Wi-Fi, as well as roaming and interworking, according to a press release.

Currently the combined network assets of carriers in the NewCore, RINA group cover parts of 26 states.

“Our goal is to make it look like one big network,” said Mecham. 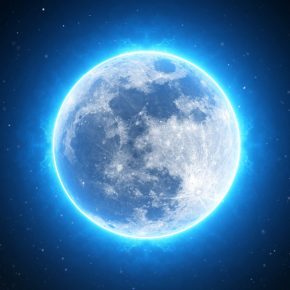