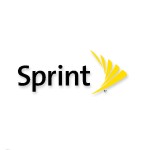 Just one day after its merger with Softbank was completed, Sprint yesterday introduced new unlimited talk, text and data plans aimed at boosting its market share. The move came the same week that T-Mobile introduced a new plan that enables customers to upgrade their mobile phones as frequently as twice a year.

Before long, people may look back on mid-2013 as the point where the balance of power in the wireless market began to shift. In recent years, AT&T and Verizon Wireless have become increasingly dominant, holding the most spectrum and gaining the first (and sometimes the only) access to some of the hottest devices for periods of as long as a year. But that’s starting to change.

T-Mobile’s aggressive discounting already has boosted the company’s prepaid market share and is “poised to do so in post-paid as well,” according to a report issued this week from influential financial research firm Moffett Research. And now that Sprint has received a cash infusion from Softbank, gained control of Clearwire’s vast spectrum holdings, and begun making aggressive moves such as yesterday’s unlimited plan announcement, it’s likely to see similar results.

Dan Hesse, who will remain Sprint’s CEO under Softbank, told the Wall Street Journal that Sprint deliberately waited until after its acquisition of Clearwire, which was completed three days ago, to ensure that it would have sufficient capacity to meet the long term demand the company now expects to see.  Sprint’s plan is unique in that the company has vowed to provide customers with unlimited service as long as they keep their Sprint service. And with pricing beginning at $80 a month, the offering is priced quite competitively.

The picture of an industry with two “haves” (Verizon and AT&T) and two “have nots” (Sprint and T-Mobile) “simply doesn’t fit anymore, portending a more competitive future,” wrote Moffett Research in this week’s report, titled “After the Smartphone.”

According to the Moffett researchers, Softbank’s “new trove” of high frequency 2.5 GHz spectrum (acquired through Clearwire) is well suited for high volume data traffic, albeit with poor coverage.

T-Mobile also gained additional spectrum as part of the settlement for its failed merger with Sprint. And the researchers noted that although T-Mobile lacks the low frequency spectrum that is “so critical to coverage,” the company does have the industry’s largest blocks of contiguous frequencies. That should enable a strategy based on higher network speeds, said Moffett.

The upshot, according to Moffett, is that: “After years of Verizon and AT&T pulling away in network quality, we appear to be poised for a dramatic leveling of the playing field, and one where the two ‘have nots’ will eventually have genuine competitive advantages on at least some dimensions (Sprint on data throughput; T-Mobile on data speeds).”