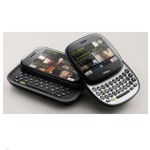 Verizon Wireless and Vodafone will be the exclusive carriers for two new social network-centric cellphones developed by Microsoft. The new KIN ONE and KIN TWO phones, manufactured by Sharp, have built in cameras and QWERTY keypads–with KIN TWO having a larger screen and keypad, more memory, and the ability to record high-definition video. Either device can provide a single interface for services such as Facebook, My Space and Twitter.

Some news reports have noted that Microsoft and Sharp are not the first companies to offer such an interface. But some other capabilities could help set the KIN apart, such as the ability to store “virtually everything created in the phone” in the network for later retrieval through a web browser. The devices also aim to simplify the task of posting photos and other material to multiple social network sites by supplying a common launching pad within the phones’ software called “the Spot.”

The KIN phones represent Microsoft’s desire to capture more business from teens and young adults—a demographic group that has leaned more towards Apple and Google, according to one news report.  But in pursuing the young adult market, Microsoft’s press release appeared a bit forced—using “stuff” as an adjective for “things” and noting that KIN phones could help users “relive a crazy weekend.” And young adults may not be pleased to learn that, unlike the iPhone, the devices do not support downloadable apps. The KIN’s packaging, however, should have strong appeal.

Verizon Wireless expects to begin offering the KIN phones in May. Vodafone’s launch date will be in the fall. Pricing for the phones has not yet been provided.

Considering the competition, does Microsoft have a hit or a miss on their hands with these new ‘social networking’ phones?

One thought on “New Microsoft KIN Cellphones: Hit or Miss?”