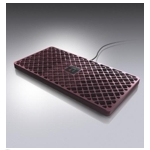 DISH Network has been one of the most aggressive video service providers in offering a range of options for viewing its programming—a capability commonly known as TV Everywhere. The company has even applied for a trademark for the TV Everywhere name.

But DISH may have been a little too aggressive in its wording of a release yesterday announcing a service it called “America’s First True TV Everywhere Offering.” I’m not saying the new service fails to deliver on the TV Everywhere concept. The problem is that it appears to have virtually the same capability that DISH introduced in January, with the exception that it is based on a new Sling Adapter that has been compared, in appearance to a “cheese grater with a single USB cable and an LED.”

“Unlike mobile viewing from cable and telcos that limit access to select programs, our TV Everywhere services give consumers 24 x 7 access to all of the live and recorded content included with their DISH Network programming subscription,” said DISH Network Chief Marketing Officer Ira Bahr in yesterday’s announcement.

I’ve parsed that statement numerous times and don’t see how it’s different from the company’s January TV Everywhere announcement, which said “TV Everywhere from DISH Network provides customers with access to all their live and recorded programming on a laptop, mobile device or anywhere in the home wirelessly.”  At that time, DISH also said TV Everywhere gives customers “the freedom to watch their favorite TV programming anytime and anywhere on laptops and mobile phones.”

Perhaps the company didn’t think it made a big enough splash in January. Or perhaps it felt an announcement of the new Sling Adapter alone wouldn’t have had as much pizzazz. But that would be a quirky attitude considering that DISH Network has owned Sling Media, which essentially invented the TV Everywhere concept, since 2007 — and you’d think the company would want to continue to promote the Sling side of the business.

To use TV Everywhere as announced yesterday, DISH subscribers must have a Sling-enabled receiver and the $99 Sling Adapter. As announced in January, they also will need to download a free DISH Remote Access application. Devices that can be used to view the customer’s subscription programming include Android smartphones, Windows and Mac computers, BlackBerry devices and various Apple products, including iPhone, iPod touch and iPad, DISH said.

I parsed that list, too, and considered the possibility that perhaps the original lineup of wireless devices that TV Everywhere supported wasn’t as broad as what was announced yesterday. (The January announcement was not so detailed in that regard.) But if that’s the case, why not portray the new offering as an enhanced version of the existing one instead of pretending it’s something brand new?