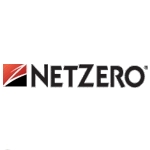 United Online and Clearwire announced a new, five-year wholesale agreement to offer a 4G mobile broadband service available under the NetZero brand name. Clearwire’s 4G mobile broadband network – which is currently based on WiMAX, but will also include a future LTE version – will provide the NetZero service beginning next year, according to a news release.

“NetZero has been delivering high quality, free and value-priced Internet access since 1998, and we believe this deal with Clearwire will give us the ability for the first time to bring affordably priced, 4G high-speed mobile broadband service with 6 mbps (megabit/second) to 10 mbps speed to the masses,” said Mark R. Goldston, United Online chairman, president and CEO.

Customers will need to purchase either a NetZero USB modem to connect a single device to the service, or purchase a NetZero personal hotspot, which can connect up to eight Wi-Fi devices simultaneously.

Clearwire’s 4G network is currently available in more than 70 cities across the US, including 35 of the top 40 markets, an area that covers some 130 million people. Its 4G network offers average mobile download speeds of up to 6 mb/s, with bursts of more than 10 mb/s, the telecompetitor added.

Clearwire is making the transition to a sole wholesale focus and is trying to line up as many partners as possible to help fund their expensive LTE build.