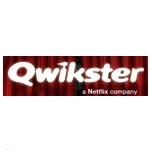 Netflix is restructuring and rebranding its business into two distinct lines, one for DVD rentals by mail and another for subscription-based online streaming, co-founder and CEO Reed Hastings announced on the Netflix blog Sunday.

Neflix’s rent-by-mail service is being renamed and relaunched as an autonomous business named Qwikster, while the online streaming service will remain Netflix. The two businesses will each have its own distinct website, and subscribers will need to manage subscriptions and billings from each. Netflix management intends to keep subscribers up-to-date and let them know when the Qwikster site is up and running over the next few weeks.

Prompted by cries of foul from customers following its abrupt decision to raise subscription fees and separate its combined rent-by-mail and online streaming services, Hastings acknowledged that he, and Netflix as an organization, needs to do more, and a better job, of communicating with its customers and the public.

“When Netflix is evolving rapidly, however, I need to be extra-communicative. This is the key thing I got wrong,” he admitted. “I see that given the huge changes we have been recently making, I should have personally given a full justification to our members of why we are separating DVD and streaming, and charging for both. It wouldn’t have changed the price increase, but it would have been the right thing to do,” Hastings wrote in a blog post.

Qwikster will essentially be the same website and DVD rent-by-mail service as its predecessor, Hastings said, though Netflix is beefing up the video games segment of its business. Qwikster subscribers will have the option of adding a video games upgrade, similar to the one Netflix offers for Blu-ray, for those who want to rent Wii, PS3 and Xbox 360 games. Other improvements are slated for the near future.

Andy Rendich, who has been in charge of Netflix’s DVD rent-by-mail service for the past four years, has been named Qwikster’s CEO. The below video offers an expanation and summary of the move.

It was the speed of change, both in terms of delivery technology and business models, that prompted Netflix’s decision to raise prices and separate its to business lines, and to do so as quickly as possible.

“For the past five years, my greatest fear at Netflix has been that we wouldn’t make the leap from success in DVDs to success in streaming,” Hastings wrote.

“Most companies that are great at something – like AOL dial-up or Borders bookstores – do not become great at new things people want (streaming for us) because they are afraid to hurt their initial business. Eventually these companies realize their error of not focusing enough on the new thing, and then the company fights desperately and hopelessly to recover. Companies rarely die from moving too fast, and they frequently die from moving too slowly.”

By separating the two businesses and renaming its DVD rent-by-mail business, Netflix management believes it will be better at both, Hastings explained. He also hinted of “substantial” additions to its streaming content in coming months, and announced a new video game upgrade option for Qwikster, Netflix DVD rent-by-mail subscribers.