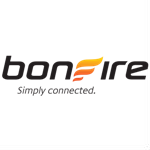 Rural wireless operators participating in the NetAmerica Alliance 4G initiative now have a name for the service offering. Announced today, the new brand is Bonfire—and according to NetAmerica Chairman and CEO Roger Hutton, it has been extensively tested in focus groups with rural consumers.

Rural consumers are very focused on “community, family and circles of interest,” including “local people focused on local needs,” said Hutton in an interview. “The name speaks to these qualities of rural America. It implies fun, family, community, connecting and belonging.”

Initially announced a year ago, the NetAmerica Alliance aims to coordinate the efforts of multiple rural license holders, enabling participants to gain volume equipment discounts and to deliver a common service offering.

Also today NetAmerica participant Panhandle Telephone Cooperative said it has turned up LTE service in its service area in the panhandle area of Oklahoma and parts of New Mexico and Texas, making it the second NetAmerica operator to turn up service.

Panhandle CEO Ron Strecker told Telecompetitor he opted to participate in the NetAmerica Alliance because he saw it as an economical way of bringing higher-speed service to customers whose only Internet option previously was extended-reach DSL.

“Our initial interest was to use 4G in a fixed application,” said Strecker.

Panhandle’s territory is sparsely populated, with 30,000 people spread over 7,500 square miles and half of those people living in a single community. Panhandle was able to cover that territory with 45 towers and to bring the fixed wireless service to end users at about the same price they pay now for lower-speed DSL. Customers will pay $54.99 a month for the 6 Mb/s downstream and 1 Mb/s upstream LTE service as a stand-alone offering, with discounts available when the service is bundled with other offerings.

Hutton and Strecker declined to give details of their financial arrangement. But Hutton said participants initially pay fees to NetAmerica based on the number of people in their coverage area. Fees then “ratchet up” over a three-year period until they are ultimately based on a percentage of gross revenue. Maintenance and monitoring costs will be included in the fees.

“When I look at the traditional cost to do business by owning equipment and paying the vendor’s annual maintenance, I find NetAmerica lower and much more favorable than if I went out on my own,” said Strecker.

NetAmerica currently has only four network operator members—a number that has remained steady for at least a year. But Hutton said the company is in “very active” discussions with many other license holders.

“We expect to bring a lot of people on this year,” said Hutton. Some, he said, have taken a “wait and see” attitude. “We’ve had to prove we could make it work,” he said.

Hutton added that he expects to have more details about value-added services that NetAmerica members will be able to deliver within a few months. He noted, though, that the services “will enable people to have the same device at home and on the go—capabilities they don’t have today.”

As for promoting the Bonfire brand, NetAmerica Senior Vice President of Marketing Chuck Harris said he is working closely with members to create a “turnkey” program that they can take to their individual service areas.