November 12, 2013 — WAKEFIELD, Mass.–(BUSINESS WIRE)–The NFC Forum, a non-profit industry association that advances the use of Near Field Communication (NFC) technology, and the Bluetooth Special Interest Group (SIG), the trade association responsible for the development, promotion, and protection of the Bluetooth® specification and brand, today announced the signing of a Memorandum of Understanding that will enable the two organizations to work more closely together, via a formal liaison relationship.

The NFC Forum and the Bluetooth SIG have collaborated previously, most recently in the creation of a developers’ guide entitled “Bluetooth Secure Simple Pairing Using NFC,” which was jointly published as an Application Document available to the public. Under the new agreement, the two organizations will work together to update and maintain the Application Document to accommodate Bluetooth Smart products using the Low Energy feature of the Bluetooth specification. They may also evaluate the feasibility of incorporating NFC technology testing that utilizes Bluetooth technology into interoperability events hosted by both organizations.

The agreement also calls for the two organizations to evaluate opportunities to enhance interoperability and the user experience of devices that use their technologies.

NFC and Bluetooth are complementary wireless technologies that can be designed to work in concert in certain use cases. For example, manufacturers have the flexibility to use NFC technology in conjunction with Bluetooth Secure Simple Pairing (SSP) by supporting both negotiated and static handover between Bluetooth devices, such as wireless headsets, personal health devices, smartphones, cars, and TVs.

“With 400 million NFC-enabled devices deployed in the market this year, and nearly one billion predicted by 2016, the time is opportune for the NFC Forum to build on its very productive working relationship with the Bluetooth SIG,” said Paula Hunter, NFC Forum Executive Director. “We look forward to expanding on our accomplishments, in order to achieve enhanced benefits for consumers and new opportunities for NFC Forum and Bluetooth SIG members, as well as contributing to the growth of the marketplace as a whole.”

“With 20,000 member companies shipping about three billion Bluetooth enabled devices around the world this year, and an installed base projected to be over eight billion devices by 2016, the Bluetooth SIG is committed to providing developers the flexibility to efficiently leverage complementary technologies to delight their end-users,” said Chuck Sabin, director of product management of the Bluetooth SIG. “As the low-power link of the Internet of Things, Bluetooth is growing aggressively in diverse use cases that can benefit from the collaboration between the Bluetooth SIG and NFC Forum.” 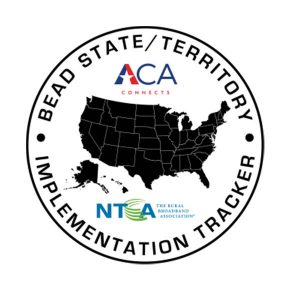